Why ICM Can Win Or Lose You Thousands $$$

One of the biggest hurdles poker players face when it comes to understanding tournament poker is the idea of ICM, or the Independent Chip Model. While this is definitely a complex idea, especially for those like myself who don’t come from a mathematics background, there are several ways to simplify ICM and take away a broad understanding that you can apply directly to your tournament poker game. In this article, we’ll break down what ICM means and why understanding it will make or break your poker career. Let’s dive in.

What is the Independent Chip Model (ICM) 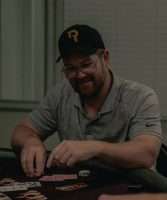 We could start by listing formulas and equations here, but in reality you can use programs like ICMizer (use code RYESPECIAL for 20% off!) to calculate everything for you in any given situation. The Independent Chip Model is basically a formula that can calculate the monetary value of your chipstack at any given point in a tournament. If you plug any tournament situation into an ICM calculator it will tell you exactly how much money every player remaining could walk away with fairly.

This is very useful in determining appropriate final table chops, when the last few players in the tournament decide to mitigate risk and split the money fairly between themselves based on how big their stacks are. However, this is only the tip of the iceberg when it comes to utilizing this formula.

How Does ICM Apply In Game?

Having an understanding of ICM will allow you to better calculate the risk/reward of situations at the table, but keep in mind that it doesn’t account for future game or your edge on the field, it assumes that everyone at the table has the exact same chance to win.

One of the core principles of ICM is that every chip you earn is worth less than every chip you lose. In other words, it is more valuable to keep the chips you have than to gain additional chips. Many players struggle to grasp this concept even if they think they understand ICM, and this one idea will have a huge effect on your shortstack and midstack strategy in poker tournaments.

For instance, doubling your stack doesn’t double the Expected Value (EV) of your stack, because all other remaining players will gain a portion of that EV when a player busts out. This one rule will have a massive impact on your poker game, as you’ll see below.

You’re Probably Burning Money Because of This: 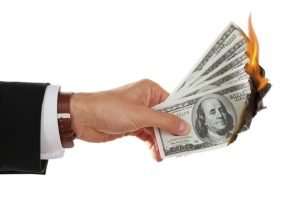 How much more valuable is John’s stack than yours?

In reality however, his stack is probably only 3-4x more valuable than yours, depending on how deep you are in the tournament. While it may be tempting to just throw away the rest of your stack, just remember that you still lay claim to much more of the prizepool than you might believe. While there is life there is hope, so fight for every last chip.

Using a tool like ICMizer (code RYESPECIAL for 20% off) will greatly increase your awareness of ICM in tournament poker, so make sure to check it out. Drilling these situations will give you a natural feel for how ICM applies in game, and you’ll be able to make more instinctive decisions correctly in the future. If this article helped you and you’d like to listen to Bencb break down ICM in detail, check out our newest youtube video by clicking below!

By David Steinke|
Cookie Notice: We use cookies to ensure that we give you the best experience on our website. If you continue to use this site we will assume that you are happy with it.| Privacy Policy Notice: In order to improve your RYE experience, we collect some personal information. Your privacy is very important to us and we have developed a policy to help you understand how we handle your personal information. By Accepting, you agree to the terms of our Privacy Policy. Accept