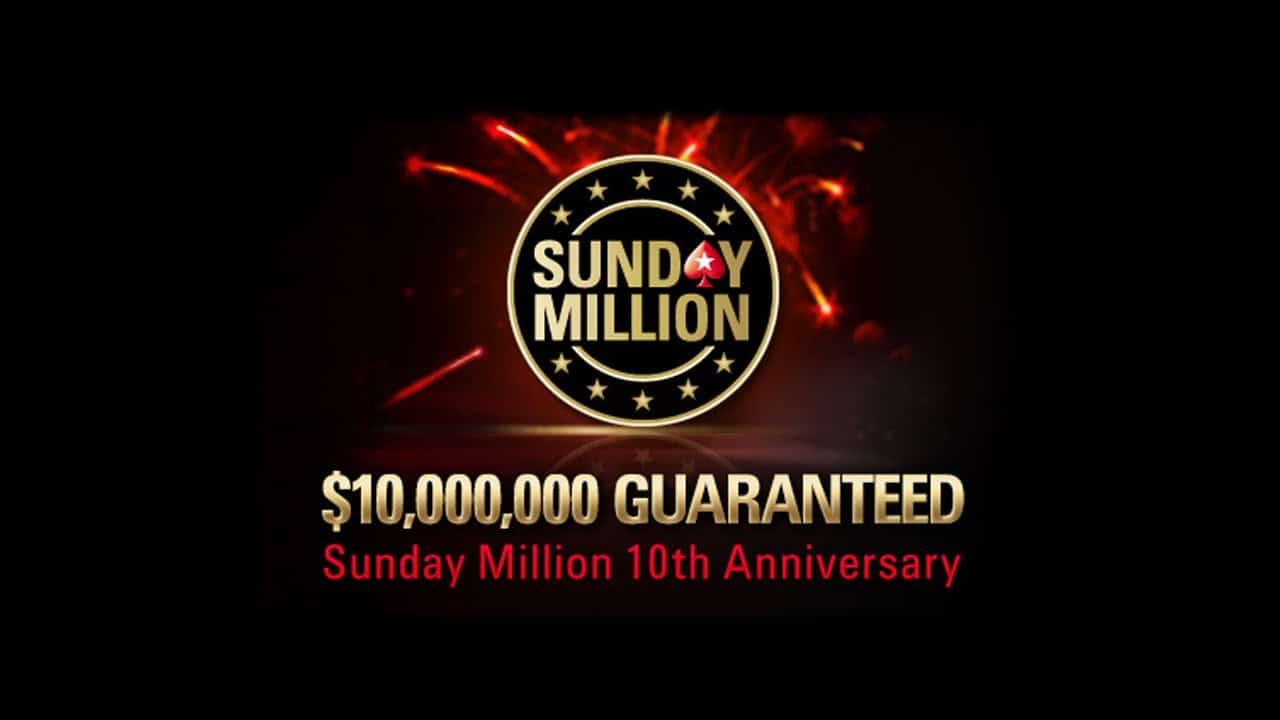 Interview with Nekim – He blogs here at RYE (check him out).

Hey Nekim, First of all congratulations on your epic Sunday Million run from 1$ to 15,000$, epic story. Could you give our community a quick introduction about yourself (limits, formats, poker backround etc..)

First of all: Thanks a lot. My poker career basically started more than 10 years ago. I have always been pretty much all over the place since I lived the happy life of a recreational player.

For a couple of years I had a very juicy home game running up to 0.5/1€ and also made some bucks when going to a nearby casino playing NL200 like 3-5 time per year. What worked very good offline didn’t fare that well in the online streets. I played way too high stakes without being skilled and without any sort of bankroll management plans. I always had some sort of on/off relationship with poker and never became a dedicated hardcore grinder … at least until 2017…

In January I joined RYE, bought the SNG-Course and started a blog. Since then I am slowly developing my game, starting at the lowest level of 1.50$. So far my results there have been fine and I think its fair to say that I am ready to step up very soon.

Since this was not your usual buy in, when did you realize that you have the opportunity to boost your bankroll enormously?

It all went a kind of weird way, and things I thought were very unlucky turned out to be a blessing. After an exhausting day I came home and read a message of Dave, a content buddy, who remembered everybody to play the Pokerstars freerolls. I had a ticket for a satellite which gave out 200 tickets for the Sunday Million Anniversary… like 2 hours and 15,000 players later I was one of the lucky guys who still hang on with 2 Big Blinds. I wanted to unregister the tourney and boost my bankroll by 60% … but it was not possible with this ticket. So I reached out to get some advice on how to play the tourney. And received some good advice: Tight is right !

A few days later the tourney started, Dave and I joined on skype to start the journey. Goal: Min cash… the hours went on and it seemed that I just couldn’t lose a hand. Good cards held, I made straights and flushes constantly and soon enough the min-cash goal was celebrated. Besides being down to only 2k chips very early in the tourney, I had a very nice stack most of the time after the first hour.

When the locked up cash was like 1,5k, some key hands happened and we knew it could go very very deep. I got my chips in 3 way pre with 88 and hit a set. In the very next hand, the chip leader tried to contest my AA in the big blind, which didn’t go well for him and I found myself with a TOP 10 stack. It was super surreal but all around me players dropped like flies and I was able to keep a good stack most of the time. We were joking around when the Big Blind grew to 10k, because it was the starting stack. It was even funnier when the Ante hit that number and my stack was still healthy. At that point my wildest dreams had already been shattered. And at the end I found myself losing a flip with AQs to 99, resulting in 54 place out of 55,000 for 15k.

I heard that you have a blog on Raiseyouredge and that you founded a content group.  How did it support you in your game and especially during the Sunday Million?

The most important member, Dave, stayed awake with me all night during the hot run. So another Big thanks for that man, you are GREAT. He is also the one I learned most from when it comes to Sit & Go´s. Its super helpful to just talk about poker in any way. We regularly look above each other shoulder to help out, ask questions and analyze some key spots at the end of a session. Since I played my first SnG in Jan., this boosted my understanding of the format tremendously.

Could you describe your experience with RYE, especially blogging on RYE, so far?

RYE content is nuts and being checked and motivated by Ben himself is an awesome feeling for a low stakes grinder like me. Blogging helped me to get a structure into my learning process and it helps to recognize your own weaknesses, of which I have a lot. As part of my learning process I worked through a book: The Poker Mindset. I had that book lying around for several years, but it took me until this year to extract any value from it. I was able to identify things that served me no good at the poker tables – and I got rid of most of them within a few weeks.

What was the biggest lesson you have learned through RYE?

The most important thing is: Get shit done.

Its not 100% implemented yet, but I really really improved in the fields of work ethic, self-awareness and motivation.

What are your plans in the future pokerwise?

In general: take things even more serious now. I started a blog to play winning poker and stop deposits. My big win opens a lot of doors and will make my life much easier within the next months. I´m currently looking to find the best fitting educational program for my kind of needs. Sadly we have to keep an eye on the upcoming rake-changes. If they kill SnGs I might even go a different route. But assuming nothing develops too insane, then I would like to work on my game to beat the 15$ SnGs by the end of 2017.

If you would like to follow my progress or ask me anything, feel free to visit my blog. And if you are already there, check out other blogs since there is lots of good stuff out there.

See you then, gl at the tables.

By bencb|2019-09-29T12:18:37+00:00April 27th, 2017|
Cookie Notice: We use cookies to ensure that we give you the best experience on our website. If you continue to use this site we will assume that you are happy with it.| Privacy Policy Notice: In order to improve your RYE experience, we collect some personal information. Your privacy is very important to us and we have developed a policy to help you understand how we handle your personal information. By Accepting, you agree to the terms of our Privacy Policy.I acceptRead more