A Quick Chat With Dramatic Degen 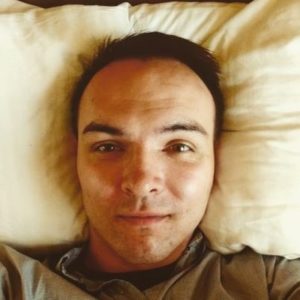 Hey Travis, thanks for taking the time to chat with us today!

Pleasure to chat with you!

You have been on fire as of late in the poker department! Congrats on that. Can you share your results in the last few months and what your most proud of?

I’ve probably had the best 10 weeks of my poker career. Since arriving in New Zealand in the 3rd week of May, I’ve netted almost $20,000 in profit. I wouldn’t say there’s anything particular that I’m proud of, but my self confidence is growing. I know that I’m definitely on a big heater, but at the same time I also know that my progressing skill has helped with maximizing the money earned. I’m doing my best to continually get better at the game and enjoy this wave I’m riding.

You recently moved from Vancouver, Canada to New Zealand to start up a streamhouse with All In Pav, Buehlero and irEgption. How did this come about?

I had been planning on moving to NZ for quite some time. My father was born and raised in Auckland, so I was able to apply for citizen by descent. Once I put the plans in motion, Pav put out a tweet that he wanted to move to Auckland and tagged the 3 of us in it. After that, we spent some time planning it out, and 3 months later we were all moved in together! It all worked out quite nicely!

Any crazy stories from the house to this point? We’ve noticed some pretty short haircuts.

None of us are hard core partiers. We’re all here to enjoy the sites and put a heavy grind in. But there was a night where we had a few too many to drink while hosting an IRL stream. A question was asked in the chat about when I’m going to shave my head (my hair is thinning). Pav recommended we do it right then and there – it would be great content. I initially refused, but then Henri offered to also cut his hair off, and Pav joined in. With a bit of booze and some support from the boys, it was hard for me to say no. Now we’ve got 3 baldies in the house!

Being an aspiring actor in the past, how did you get into poker and transform into “Dramatic Degen”?

My first loves in life were Film and Poker. I’ve always been a big poker fan since I watched Rounders when I was 14. And when I discovered twitch, I had no intentions of being a streamer. I made a username that seemed to fit with my two passions – being a drama nerd and a degenerate gambler. The name had a nice ring to it, and after a few months of watching Poker streamers, I decided to give it a shot myself. Luckily the stream took off and here we are!

Do you think having an acting background helps you with the Twitch platform?

Definitely. I had already put in a lot of hours being comfortable in front of a camera before Twitch, so that vulnerable feeling of having people watch you perform wasn’t unusual to me. I think anyone who has a background in film/tv/theatre can benefit from making content on Twitch/Youtube, and if they aren’t currently doing that to help develop their craft, they’re missing out on a lot of opportunity.

A while back, you had left the poker stream game. How did this time off effect you and looking back now was it something that helped you get where you are today?

Having to leave Twitch Poker was probably one of the most embarrassing and disappointing moments of my life. I had never dealt with that level of failure. Admitting to defeat in front of an audience brought another layer of embarrassment that I wasn’t sure I could handle.
I ended up going back to an old job that I hated to pay the bills, and spent a lot of time reflecting on what I wanted in life. I tried my best to cope with this major setback. It was a huge learning experience for me. It taught me humility and to be more aware of the red flags. I’m now more conscious than ever of my strengths and weaknesses and I work on them every day. Even though that time in my life was incredibly difficult, it was probably the best thing to happen to me. It helped me realise what I really want in life, and I’m a better person for it.

Like a lot of Twitch streamers, you have had to deal with your fair share of trolls. Is there any scenario that really stands out to you from your time as a streamer?

I don’t want to go into particulars and give these trolls the satisfaction of the attention, but getting strong levels of hate from the public is inevitable if you’re a content creator. I’ve had everything from people threatening violence on myself and the people I care about. People who nitpick my personality traits and make my question my own qualities. There are trolls who are dedicated towards ruining the experience of the streamer and their audience. And then of course there’s an obscene amount of people who love to take something out of context and use it as a tool to campaign against you. I’d be lying to you if I said I didn’t enjoy a good battle of banter between some of the trolls out there, but most of the time it’s best to avoid them. A lot of these guys are often down on their luck in life, and they’re lashing out through the anonymity of the internet as a means to temporarily relieve the symptoms of whatever is going on at home. Being empathetic to that can help with dealing with some of the particularly hateful words I experience on a daily basis. But eventually it just comes down to developing a thick skin over time, and learning to respect yourself.

What’s the biggest difference in your game now from a few months ago that has led to this incredible run?

I really don’t think it’s a coincidence that started to have all this success in the same month that I joined Raise Your Edge. Once I put my head down and started slowly working my way through the course, my eyes were opened to all the mistakes I was making, and I’ve become way more aware at the tables. For the first time ever, I’ve developed a consistent study schedule. Even just putting in a minimum of 1 hour a day has helped with my mindset and my confidence when I grind. The structure that RYE provides has been a huge help with that.

Who do you think would win in a mud wrestling match between yourself and Kevin Martin?

Kevin, obviously. I’m too mesmerised by that cut jawline to ever be a worthy adversary in the ring. Or I guess in this case, the mud pit.

Long term goals in poker and life? Any advice to all aspiring poker players and/or twitch streamers?

For the first time ever, I truly believe that I could battle at the highest levels if I continue to increase the pace I’m working. I hope that in a few years time I can make RYE proud and play some of the most prestigious events. I see myself being involved with the Poker industry for at least 10 years. Twitch and Poker are my main passions, and I don’t see that changing any time soon. When I started playing poker full time a few years back, I never appreciated how important consistency in my studies were. I now know how much of a difference it makes to even put in a measly 30 minutes aside to work on my game during the day. It’s a great building block towards those big study sessions where you find a big breakthrough that takes your game to the next level. Look after yourself off the tables as well. I always play my best when I’m getting enough sleep, eating well, and taking breaks. Poker isn’t going anywhere. If your gut is telling you to take a couple days off. Then do it. You’ll be grateful you did.
It goes the same with Twitch streaming. Be consistent with your schedule, be grateful for your audience, and be active within the community. Twitch is a tough business to break into. It favors the consistent. Anticipate nothing, keep trying new things to improve the quality of your stream, and enjoy the process!

Thanks for taking the time to talk to us! Feel free to give any shout outs!

No problem. Thanks for Bencb for making such a great site. Shoutout to Brynjar for all the help he’s given me this year. Big ups to Kevin Martin and RustRock for giving my first ever hosts, jump starting my streaming career. Props to my best friend Alex for supporting me through the good and bad, and a being a great poker mentor. And last but definitely not least, the Twitch Poker community! The support I get from my audience and all the other great streamers from the directory has been immense. I consider myself a very lucky guy to have made so many great friendships. Much love!

Be Sure to check out Travis “Dramatic Degen” stream on twitch, and follow his socials!

By bencb|
Cookie Notice: We use cookies to ensure that we give you the best experience on our website. If you continue to use this site we will assume that you are happy with it.| Privacy Policy Notice: In order to improve your RYE experience, we collect some personal information. Your privacy is very important to us and we have developed a policy to help you understand how we handle your personal information. By Accepting, you agree to the terms of our Privacy Policy. Accept